How to Sew on Bias Tape Perhaps you’ve never sewn with bias tape. Maybe you’re not sure exactly what it is. In this article, we will tell you how to sew with it and show what a benefit it can be.

What is Bias Tape?

So what is bias tape? To tell it simply, it is a narrow strip of material cut on the bias. This means that it has been cut at a 45-degree angle and then folded and pressed. Because it is cut at this angle, it is more stretchy and fluid than material that is cut on the grain. You can literally wrap bias tape around any piece of fabric, whatever the shape.

The back of the tape is slightly wider than the front. This means that when you sew the tape from the front, you will be catching the wider side instead of going right through the material which would look unsightly.

You can just wrap bias tape around any edge, but it is better to baste the material first. So, what are basting stitches? They are long and removable stitches, and another name for this procedure is tacking. These stitches will hold the seam in place until you can sew the material permanently If you don’t tack the bias onto the fabric, there is every chance that you will miss stitches on the back as you sew from the front.

We are going to show you two different ways to sew bias tape on your material.

This is the easiest method and it is used when you just want to put bias tape on a straight edge of your fabric. You don’t have to worry about going around corners and joining the two ends of the bias tape.

Method 2: Bias Tape with Adjoining Edges Overlapping the Ends of the Tape

This method can be used to sew around corners.

Working with bias tape can be a little tricky so it is best to start with sewing along a straight line before you tackle corners. However, it’s not difficult for those with an aptitude for sewing. Bias tape can brighten up an item of clothing or even a blanket. Perhaps you like to make your own jewelry boxes or tissue boxes, covering them with material. Bias tape will make them stand out. So have fun sewing with bias tape and see what effect you can produce. 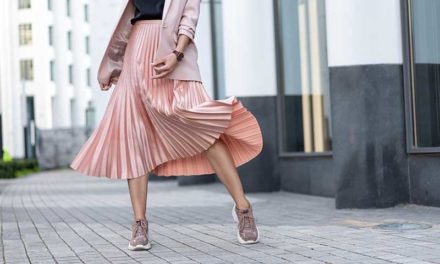 How To Sew Pleats

How to Sew a Cape How To Sew A Bow Tie How to Sew a Quilt